Having linked up with strike partner Jabo Ibehre in the 64th minute, Ikpeazu buried the eventual winning goal in front of the Newmarket Road End to secure the U’s first home League win of the campaign.

In a first half with little action in front of goal, an unchanged U’s side came closest through Medy Elito when the forward flicked a header from Leon Legge goal bound which was stopped well by visiting keeper Sam Walker.

United were also denied a strong claim for a penalty moments before half time, when Ade Azeez seemed to have been pushed to the turf by a Colchester defender. Referee Nicholas Kinseley waved away the claims however and the game remained goalless at the break, with both sides having cancelled each other out.

However, the hosts ramped up the intensity in the second period with the introduction of Piero Mingoia and Jabe Ibehre from the bench injecting further life into a growing U’s challenge for the three points.

It was to be Ibehre who would play the telling pass of the game, finding Ikpeazu who cut back on to his left foot before hammering the ball home from 18 yards to send the Cambs Glass Stadium into ecstatic scenes.

Their lead would have been doubled through Jevani Brown were it not for a spectacular save from Walker in the Colchester goal, ten minutes from time, but a third consecutive clean sheet n the League ensured Shaun Derry’s side took the spoils nevertheless.

Don’t let the international break make you miss your football fix this weekend, with the U’s taking on Colchester United in Sky Bet League Two at the Cambs Glass Stadium tomorrow!

With likes of Jevani Brown, George Maris and Ade Azeez exciting the Amber Army in last week's performance against Morecambe, Shaun Derry's men will need the backing of the United faithful once more in this weekend's local derby.

Tickets are available online at cufcdirect.com, in-store and by calling 01223 566 500. Supporters can save £2 off full match day prices by purchasing in advance. 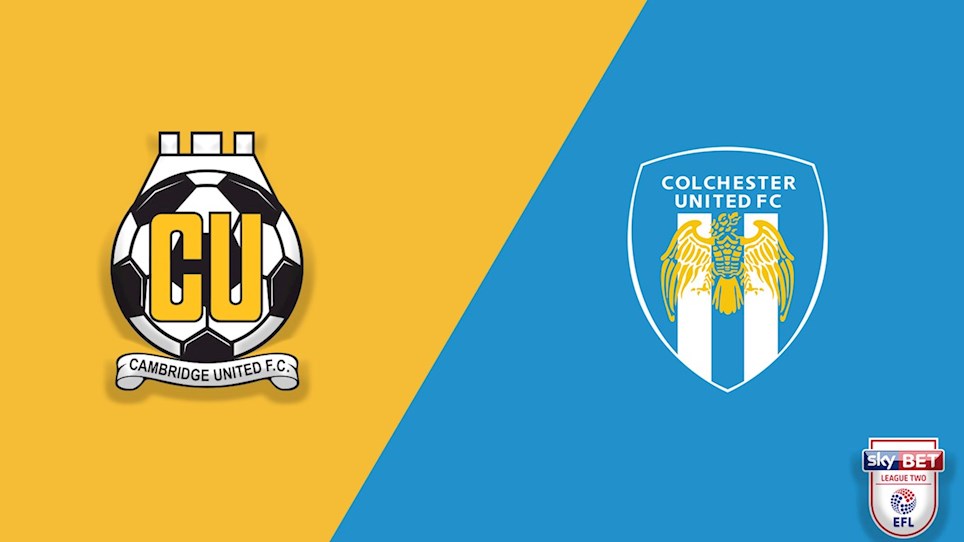