Jabo Ibehre’ first half goal was enough to see the U’s into the Second Round draw in the Emirates FA Cup, with Shaun Derry’s men taking the spoils 1-0 against Sutton United at the Cambs Glass Stadium.

The visitors showed their intentions of repeating their dramatic Cup run of last season during the early encounters, winning a succession of corners inside ten minutes and playing a number of balls into the U’s 18 yard box.

However the first chance fell to the U’s and Uche Ikpeazu on 12 minutes when the striker took in a header from Liam O’Neil, before hitting a half volley on the swivel from 18 yards out which dribbled wide.

Sutton continued to enjoy a lot of possession as the half continued but the hosts edged the better of the chances.

Jabo Ibehre headed over the cross bar on the half hour mark, when he leaped on to the end of a perfectly delivered Mingoia cross from the right. George Maris too came close with a header that he guided inches wide, moments before the forward was sent off for simulation according to referee Darren Handley, who promptly showed Maris a second yellow card ten minutes before the break.

United shot into life though and soon registered the lead, with Ibehre tucking the ball away which had struck the cross bar from Jevani Brown’s initial shot.

The visitors returned in the second half and looked to make the extra man count, keeping the U’s pinned inside their own half for long spells without creating too many opportunities to test David Forde.

In fact it was Shaun Derry’s men who looked to have doubled the advantage when Ibehre struck the inside of the post, and Sutton keeper Jamie Butler miraculously denied Ikpeazu the chance to tap into the net.

At the other end, substitute Ross Lafayette prodded a shot from six yards goalwards that was caught at point blank range by Forde in final quarter of an hour. The former Republic of Ireland international also produced a wonder save to deny Adam Coombs in stoppage time which looked destined to take the tie to a first round replay.

However, United held on and progressed into the Second Round for a fifth consecutive year.

The countdown to the Cup is over with Cambridge United opening their Emirates FA Cup account against Sutton United today at 2:00pm!

Paul Doswell’s side are no strangers to an exciting cup run themselves, having produced a stunning campaign last season to defeat both AFC Wimbledon and Leeds United en-route to an unforgettable clash against Premier League Arsenal at Gander Green Lane.

Season ticket holders are reminded they must purchase tickets for this fixture. Click here to buy now or call 01223 566 500. 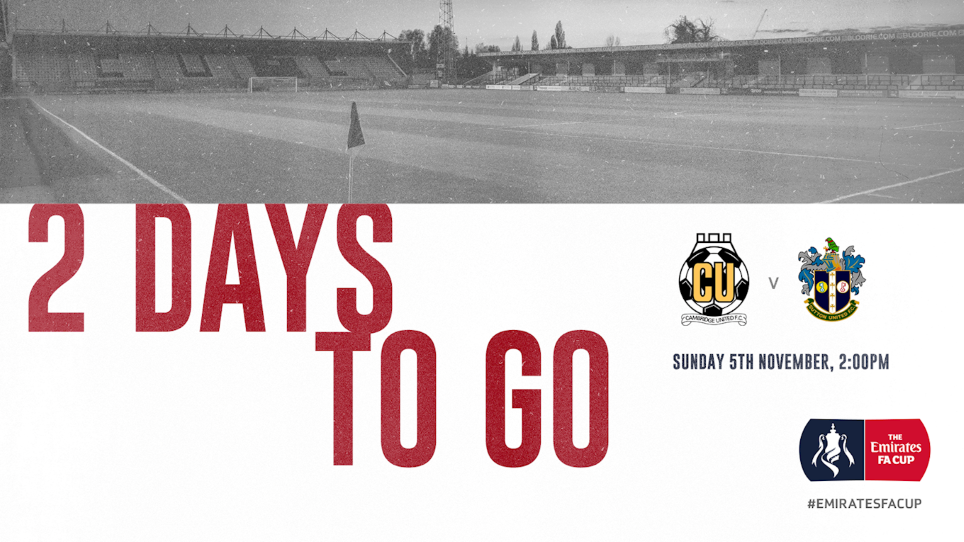 
Calling all season ticket holders in the Mundipharma Community Stand, you now have until 10am on Wednesday morning to secure your seat for the Cup clashes with Sutton United and Peterborough derby! 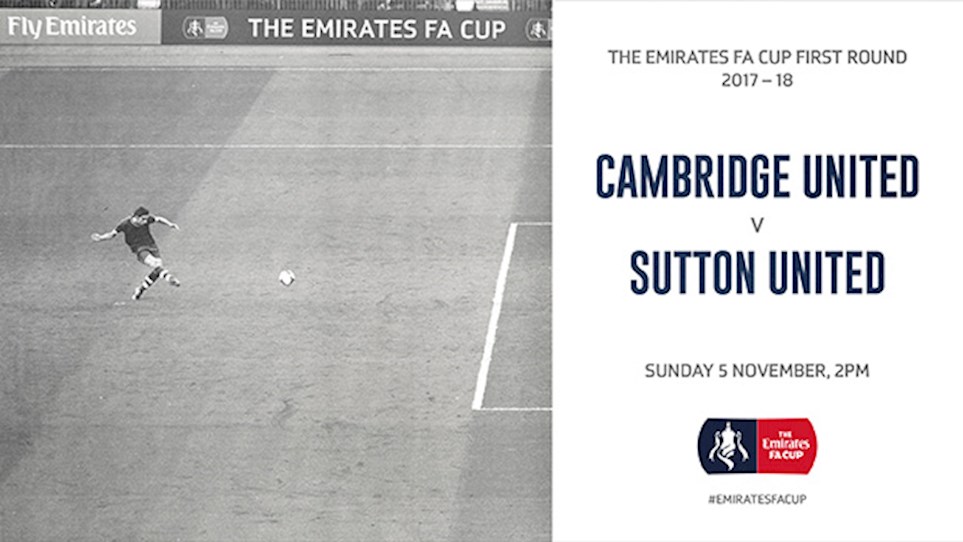 
Season ticket holders have until Monday 30th October to secure their seats for the U's Emirates FA Cup First Round fixture against Sutton United, before all remaining seats are placed on general...