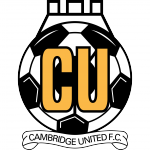 Lineup will be displayed here shortly before the game

Adam McGurk scored his second goal of pre-season to level for Cambridge United in a 1-1 draw with Dartford.

The hosts took the lead on seven minutes, when Warren Mfula made a run into the right channel before his shot deflected off a covering U's defender and looped into the net.

McGurk looked to respond for the U's soon after and struck the bar midway through the half from 18 yards out.

The Northern Irishman put the Dartford keeper to the test too, after leaping on to the end of a finely delivered Mingoia cross, forcing Derek Ibrahim to claw the ball away low to his left.

However, the U's and McGurk wasted no time in levelling after the break. Another excellent cross by Mingoia was brought down by Ikpeazu who fired at goal and his strike partner followed up the parried save to tap in from close range.

The U's very much dominated possession of the ball for the remainder of the match and would have won were it not for a double save from Ibrahim who denied substitutes George Maris and David Amoo of scoring United's second.